My next mobile is an HTC One X

It’s no secret that I’ve historically been a consumer of Microsoft’s mobile devices, their development platforms, and their cloud services. And so it may come as a bit of a surprise that today I ordered an HTC One X, running Android 4.0, Ice Cream Sandwich. 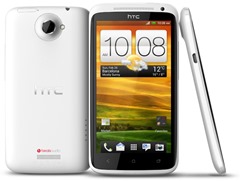 As my last phone was a Samsung Focus running WP7.5 Mango, it’s a departure from my comfort zone, but an experiment I really want to try. I have a lot of time and technology invested around the Microsoft stack: I use Live Mesh, store a bunch of documents in Sky Drive, have a Zune Pass, use Office, and have a corporate Exchange account for email. Zune on Windows is the most beautiful piece of software possibly ever, and its subscription music service is one of the best. I don’t do heavy Office work on the phone, but I use OneNote all the time for jotting things down (book or movie recommendations from friends, for example) and making shopping lists on my PC and effortlessly syncing it over the cloud. I keep a workout journal in Excel, but have only used Word or Powerpoint for viewing stuff from my colleagues. 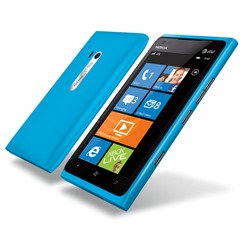 I’ve been waiting for the Lumia 900 (in Cyan) since it was announced four months ago at CES. It’s making a splash in The States, but hasn’t been announced in Australia and I’m getting sick of waiting. It’s beautiful, and in my opinion the most striking piece of industrial design in the mobile market right now (the One X is my second favourite, and the iPhone 4 is my third—but really the iPhone only loses marks for sticking to their 4:3 aspect 3.4” screen and leaving all that dead space on the front).

And when I say “sick of waiting,” I don’t just mean this device. I want a bigger display, and I want it in high PPI retina territory: WP7 only supports one resolution, 480x800, and that’s that, no matter if it’s a 3.4” screen or a 4.7” screen. “Wait for Apollo,” we hear, “it will support dual core processors, NFC and more screen resolutions.”

Not that specs are all that important; WP7 is incredibly well optimized to run on low-end hardware, so for most practical purposes it runs as well on a single core as Android does on a quad core. What I do care about in specs where the One X has an edge is a beautiful screen. HTC One X has the best display on the market, says The Verge. 720p, 4.7”, IPS LCD, "near-perfect 180 degree viewing angles and perhaps the most accurate color reproduction.” Damn, I want that in my pocket.

I’m sick of waiting for Skype. But again, it’s not just that one app (although Microsoft bought Skype 11 months ago and STILL no full-featured WP7 app?), it’s representative of WP7’s rank in the market: tons of apps are only for iPhone and Android. It’s that Adobe Reader has been buggy from day one and seen zero updates. I don’t think this really will affect my life, since about the only apps I use on my phone are a stopwatch, a weather app and LastPass. WP7 has done a phenomenal job of building out the base capability of the OS to include key Twitter and Facebook scenarios making those apps largely unnecessary, plus Sky Drive support eliminating the need for a Dropbox. Their “people first” tag line is true, and I love the way contacts are always up to date with their various statuses and photos. “Wait for it to catch on a little more, it’s a long game to build market- and mindshare.”

And so I’ll wait. I’ll wait for Apollo, and hopefully this One X will tide me over. I had my turn with iOS; it has a great ecosystem but I always felt locked in and restrained in how things work (the way Apple broke backwards compatibility with iPod docs and require Apple-approved accessories lest they disable them in software really steam me). But that’s me, I’m a software developer who makes a living on Microsoft, I have different expectations of how a computer should suit me. I don’t know how I’ll like Android, but when I read The Verge’s review of the Lumia 900, it makes me question what I’m missing: death by a thousand cuts, they say. So let’s see what all the fuss is about, shall we?