I'm running an application at Azure that runs in Full IIS Mode with Dev Fabric version 1.4 on x64 Windows 7. I set out to run some performance tests, since Memory\Page Faults/sec is high during a few scenarios in production.

NB: Be sure you're using the 64-bit versions of these commands if that is your platform. Also run Powershell as an Administrator if you use UAC. Also, oddly, vsperfcmd doesn't seem to return from the ISE, so you have to use good ol' powershell.exe. 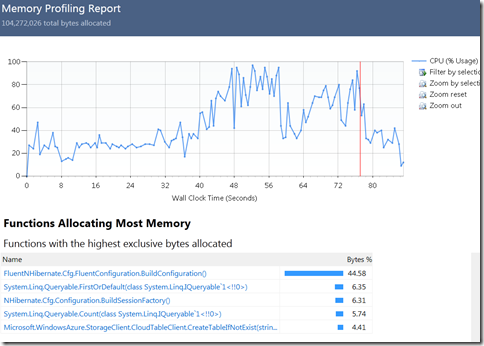 That's *kind of* awesome - to be able to leverage the tools we all know and love to diagnose and optimize is incredibly powerful. It also sounds as though the UI integration can't be far behind, but in the meantime, you're a thought leader! Very nice job, I look forward to trying this out myself.